Antonio George was nominated by his peers to be one of the six members of Shenango’s 2022 Mr. Shenango. Antonio is known as a compassionate friend, a conscientious student, and a talented musician. 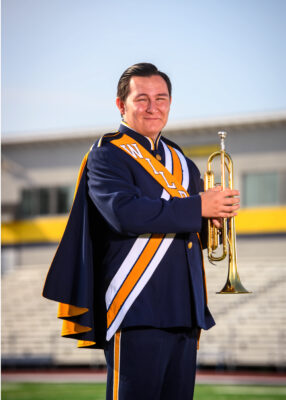 The charity Antonio is supporting is the American Foundation for Suicide Prevention (AFSP). He is very passionate about this cause and believes it is crucial to raise awareness about the mental health crisis within the U.S. “The mental health crisis within the United States is often left in the dark by the mainstream media and researchers,” Antonio stresses. “No one should ever feel so hopeless, alone, or confused to the point of taking their own life.”

The advice Antonio would give to other male students on how to be successful is to just be yourself because your success is found within yourself, not other people. He believes that you will be unstoppable if you are truly comfortable with being yourself.

A lot of humble gratitude comes to Antonio’s mind when knowing that his peers chose him as a great representation of their school and community. “I am honored, proud of myself, thankful for those who chose me, and just taken aback that my classmates think so highly of me.”

Antonio has been a student at Shenango his whole life and thinks very highly of the school and administration. He believes that a healthy environment is provided, which has shaped him into the friend, student, and overall person he is today. “I could not be any more grateful for that,” he notes.

Certain staff members within the music department have been an inspiration for Antonio’s future plans to become a music educator. Such teachers are Mrs. Leali and Mr. Butchy. “They helped me realize the true power, meaning, and emotion that music can create within an individual. There would not be a better way to spend my life than to go on to help others find music’s true value, just as they have helped me find it.” Along with these teachers, Antonio gives credit to his friends and family for their love and support in his life, giving him “the strength to take on even the toughest challenges.”

Escorting Antonio is a classmate and close friend Scarlet Balogh. She believes he is an excellent representation of what Shenango stands for. “Antonio is constantly uplifting others and encouraging people to meet their goals. He is a very dedicated person and that shows through his work.” 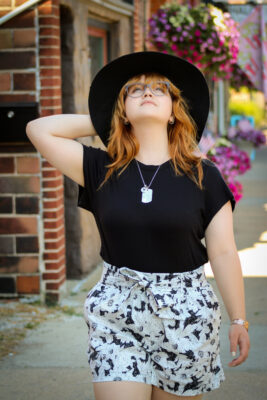 Antonio’s future plans are to attend Youngstown State University to major in Music Education. His goal is to “spread the power and love of music to the next generations.” Good luck, Antonio!