Tino Campoli, an active student-athlete, has been chosen as a candidate for Mr. Shenango by the class of 2022. 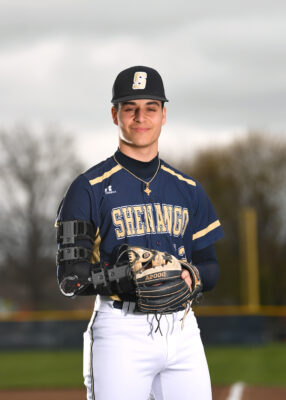 Tino has chosen to support the charity of Ford Tough. Ford is a local four-year-old from New Castle who is battling neuroblastoma cancer for the second time. Tino felt this was the right charity because he once had a tumor in his back, and at the time, they did not know if it was benign or malignant, which was very scary for Tino. Thankfully, his doctors found it to be benign.

Tino’s favorite part of high school is playing baseball and making friendships that will last a lifetime. His junior year baseball season was particularly special because the Cats won the W.P.I.A.L. title and made it to the state final.

Tino’s dad is his biggest role model because “he pushes me to be the best I can every day.”

Tino hopes that one day the underclassmen of Shenango aspire to showcase the best traits of Tino and his fellow candidates. With Tino being a hard-working student and athlete, sometimes it is hard to manage time and schoolwork, so he encourages the underclassmen to “try to find a good balance between being a good student and still have fun in high school at the same time.”  Friends have been the foundation of Tino’s love of Shenango. “My whole grade is like a huge friend group. We’re all really close and it’s just a good place.” 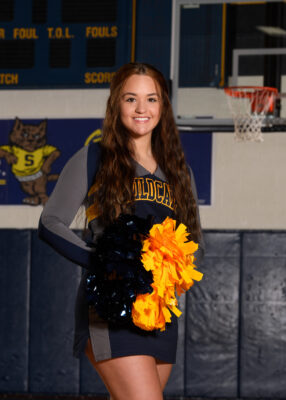 Tino chose Makenzie Perretti to be his escort because they have been friends his whole life. Tino was also Makenzie’s escort for Homecoming Court. “We’ve grown up together. [We’ve] always been very close and she’s a great friend.” Tino is honored to be in this Shenango tradition with community service at its heart to support some important foundations that will have a lasting effect on many in need.