by Reagan Maxwell and Kylee Rubin 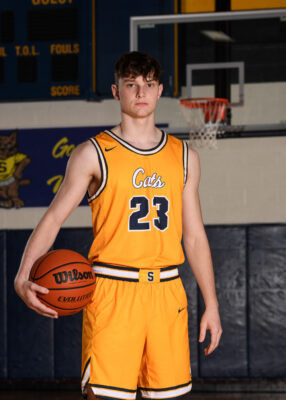 He is an active student-athlete, National Honor Society member, and Peer Leadership member. Now, Preston Schry can add being a candidate for Mr. Shenango 2022 to his list of many high school honors.

Preston has chosen the Special Olympics as his charity for Mr. Shenango This cause is especially near to his heart because his aunt participates in them at Slippery Rock. “When I have gone to watch [the Special Olympisc] before, I can see it is a good cause.” To those who know him, it’s no surprise that Preston would be drawn to an organization that brings attention to those with special needs through sports.  What Preston loves most about Shenango is being a multi-sport athlete, including football and basketball.  Sports have been where he’s found his closest friends.  “I’ve met most of my friends that way and I enjoy [competing with them.]”

Outside of school, Preston involves himself in many activities such as basketball, football, and community service. These have shaped him into the person he is today by allowing him to “help people and see the world from a different perspective.” Preston’s sister Miranda is someone he admires who has always been a role model to him. In the same way, Preston hopes for younger students at Shenango to “see me as a role model and look up to me.” 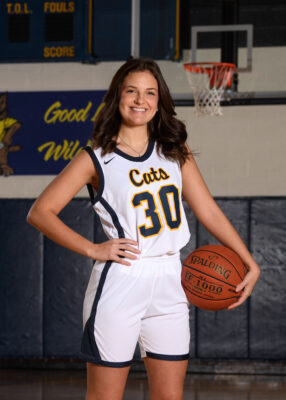 In the near future, Preston plans to attend college. He is still undecided but is considering pursuing a degree in business. He hopes to continue playing his favorite sport, football, in college.

Preston has chosen Kassidy Peters to be his escort. He chose her because “she has been a friend of mine for my entire life.” Kassidy Peters is also a student-athlete at Shenango High School.