He is a member of the football, basketball, and track teams, as well as an honor roll student and a peer leader. Now Dalton Peters can add being a candidate for the 2022 Mr. Shenango High School program to his list of accolades. 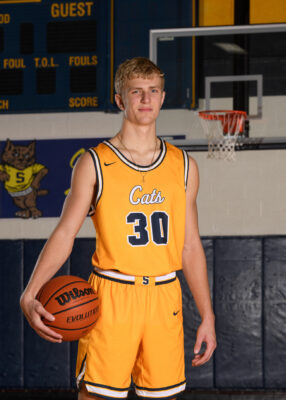 As a court member, Dalton chose to fundraise for Children’s Hospital of UPMC. “It has been a big part of my life ever since I was eight years old when I was diagnosed with Crohn’s Disease,” said Peters.

Peters expressed that his favorite thing about Shenango is playing sports with his friends. He has been involved in sports since elementary school. Peters plays football, basketball, and runs track. He said, “Sports have been an important part of my life growing up, and also now. I try to push myself to be a better player, while also having a good time with my friends.”

Dalton plans to attend a four-year university to further his education in business. He also plans to continue his athletic career in either football or track. 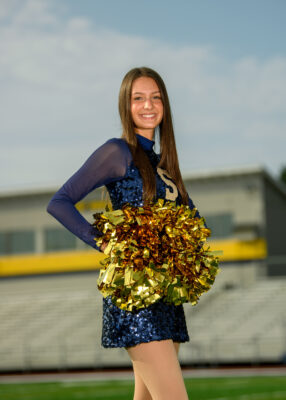 His older brother, Dakota, has been a constant role model for Dalton.  “He puts a lot of hard work into his life and I want to follow in his footsteps,” said Peters. Both of these boys have similar outlooks on determination through their sports.  “My family has really shaped me into the person I am today.”

With becoming the friendly and outgoing person he is, Peters hopes to be a role model for those who will follow him. “With the situation I have been in regarding my Crohn’s, I hope to show younger students how they could be role models as well,” said Dalton. “I want kids to keep the mindset of studying and working hard throughout their school years.”

Dalton’s escort is Laana Hassan. He chose her because “we have been good friends for years and it just made sense to pick her.”