One student that everyone can count on is Elaina Ferrell. No matter how much she’s got on her plate, she is always willing to help someone in need. Elaina is a hardworking and dedicated student who earned her way into one of the coveted top 10 spots at Shenango. 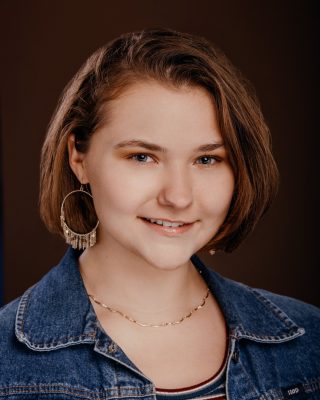 Elaina has been deeply impacted by the plight of Malala Yousafsai.  “My biggest influence is Malala because I cannot fail her.” Malala has been an influential person to Elaina because she is a young woman who worked so hard and even took a bullet to fight for education for all children.

Elaina enjoys learning new things and succeeding, which has kept her motivated to excel in the classroom.  Those who know Elaina will hear her sarcasm loud and clear when she says,  “I [also] like looking down on all of my peers.”

Ferrell has not always easily excelled in all of her classes, though. One class in particular that she struggled with was AP Chem.  She could only utter one word regarding this experience: “Terrible.”

As a kinesthetic learner, ceramics was a class that she fondly remembers, noting that she “still [has] all of the things [she’s] made and the class itself was fun.”

Elaina’s love of music is well known as she has been a part of Shenango’s band for her high school career. She loves both pep band and marching band, noting that she will miss pep band the most because “it was really fun to just be in the crowd during the basketball games and play songs and get people riled up.” Marching band has brought her the most joy in the many years she has been a member. “I’ve made some lifelong friends and we got to go to Disney, which is the birthplace of joy.” 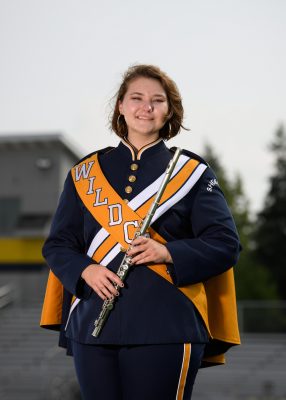 Obviously, Elaina is known for being in the band. One thing she’s not known for is the fact that she used to ride horses. “I spent a week overnight at a horseback riding camp once.”

One person that Elaina would like to thank for helping her prepare for the future would be her mom. “She pushes me to do hard classes and join clubs. Plus she has been setting aside money for me to fund my college expenses.”

After high school, Elaina will be attending Duquesne University for pharmacy. “I really hope AP Chem has helped me even a little bit for that,” she laughs.

Elaina didn’t always learn everything inside of a classroom. One lesson she has learned and actually lives is  “you don’t need to take everything seriously.  Life will be easier for you if you decide to take it easy every now and then.”

Elaina offers this tidbit of wisdom to those aspiring to follow in her footstep “Just don’t put off your assignments. Do them as they come and then somehow you will get into the top 10.”