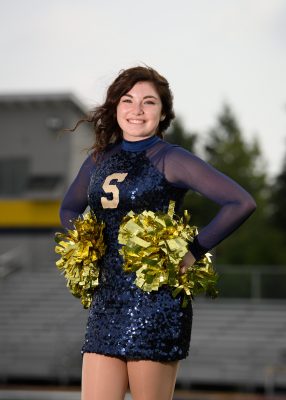 Sydney White is an astute student who has always worked hard to be at the top of her class. She has so much drive and determination that fuel her passion for success.

White has always appreciated her family for motivating her to be where she is now. “My parents have pushed me to work hard in school and have instilled a love of learning in me.” Sydney went on to say that her brother, Will, prepared her for the future as he never sugar-coated anything and helped her to learn from his mistakes.

Sydney’s success did not come without some struggles along the way, and she identified her writing as an area where she worked hard to improve.  As a result, AP Literature challenged her the most because it “really pushed me to become a better writer.”

Sydney’s most rewarding elective is Spanish. “I’ve always wanted to learn and become fluent in another language. My love for Spanish in high school has pushed me to make the decision [to] minor in Spanish in college.”

It’s no surprise to most who know Sydney that she is a theatrical person. She’s always participated in musicals and has loved the experience. She has made many friends while on the set and considers the cast to be like family. Sydney really will miss this experience the most as Shenango musicals “have been the most fun and rewarding experiences probable throughout my entire high school career.” 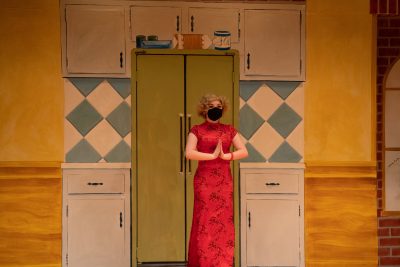 Although fellow Wildcats know Sydney White to be theatrical, she has some secrets up her sleeve that her peers may not know about. She has read the entire Harry Potter series 14 times, with the first time being in second grade.

Sydney’s plans for the future are to leave for Basic Training for the Army Reserves. She then plans to attend Youngstown State University when she returns to major in Nursing and minor in Spanish. “I feel Shenango has prepared me for my plans by giving me a solid knowledge foundation.”

Sydney has learned many lessons in the classroom, but has also learned some outside of class as well. “The most important lesson I have learned outside of the classroom is to take time to enjoy the present. I spend so much time worrying about the future that I sometimes forget to live in the moment.

“One piece of advice I would give to those who follow in my footsteps would be to focus on your relationships, whether it be friends, family, etc. Do not get so wrapped up in school that you forget to work on those relationships and spend time with those you love.”