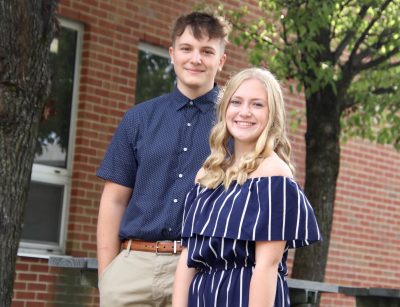 Camille Alexander was honored and shocked when she heard her name announced for this year’s homecoming court. Although there have been multiple modifications made to homecoming traditions this year, Camille is still optimistic about homecoming. “We are still doing everything that we can to keep it as normal as possible,” she explained. Camille is involved in Concert Choir, Mixed Chamber Singers, Treble Chamber Singers, Drama Club, Peer Leadership, National Honor Society, Yearbook, and she is a Co-Captain for Varsity Danceline. 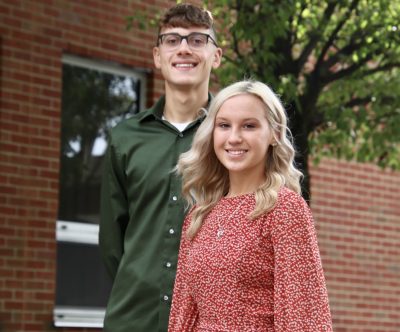 As a member of Drama Club, STAT, Volleyball, and Softball, Kelsey Campbell is excited for this year’s homecoming. Kelsey’s favorite part about Shenango is the people and the friends that she has made through the years. Though this has proven a tough year to celebrate homecoming as it’s been done in years past, Kelsey is happy there are people trying to make it as normal as possible. To underclassmen, Kelsey stressed, “Don’t take anything for granted because you never know what will happen within a few months.” 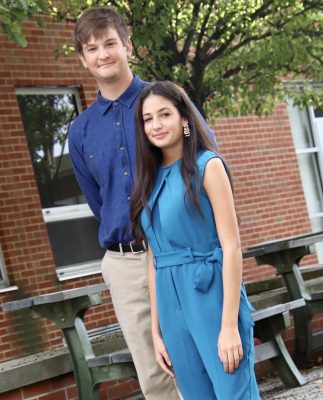 The third member of the homecoming court is Sophia Cassano. Sophia is involved in Concert Choir, Drama Club, Varsity Danceline, Students Helping Students, and Student Council. She was very shocked and excited when she heard her name announced. Sophia picked her escort, Jacob Benson, because “we made a deal in seventh grade that he would be my escort if I ever made it on homecoming court.” One piece of advice she would give to underclassmen is to show kindness to everyone. 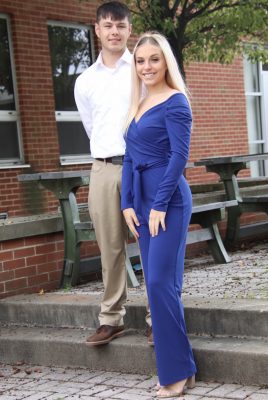 Brianna Desalvo is looking forward to being able to spend her senior homecoming with close friends, riding in the car during the parade, and attending the dance. When it comes to Shenango and the role school has played in her life, she commented, “I love how involved with us they are, and I am grateful they are trying their best to make this year normal for us.” Bri is involved in Yearbook, Cheer, SADD club, and she is the president of Students Helping Students. She advises underclassmen to not try and rush through high school or take anything for granted because of how fast it seems to go. 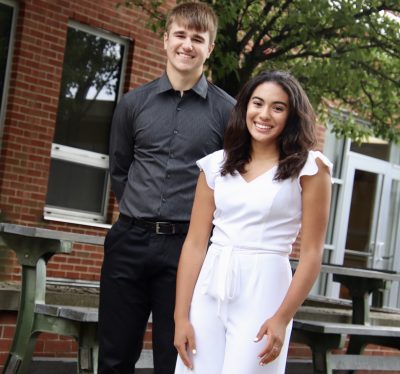 Mia Edwards was happy and honored to be able to be a part of this year’s homecoming court. She appreciates the fact that our community is so close and was able to come together in a time like this.  Mia is extremely active in a variety of extracurriculars, including Spanish club, SADD club, Peer Leadership, STAT, Varsity Softball, Yearbook, and as the athletic trainer’s assistant.  To underclassmen, she stressed, “Cherish every single moment you have in high school because you never really know what could happen, just like nobody expected a pandemic to happen. Just never take anything for granted.” 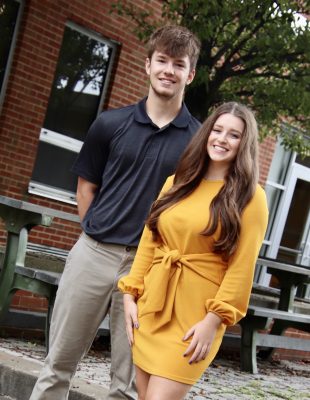 The final homecoming candidate is Abbi Zeigler.  Abbi is involved in NHS, Peer Leadership, SADD club, Concert Choir, and is Co-Captain for the Varsity Danceline. During her free time, she enjoys hanging out with her friends and family. Although this year’s homecoming may be a little different, she refuses to let that ruin this experience. She states, “ I was very excited to be on court, but I was more excited to be on it with so many of my friends.” Abbi is honored to represent her class on the 2020 homecoming court.